Welcome to the dark side of anime again, below are the top 12 most disturbing anime scenes which you will regret watching for the rest of your life so watch it at your own your risk.

Warning: Few graphics in this post are not bearable by faint hearted and are not safe for work so watch out.

1. Kill la Kill : Satsuki is Molested by her Mother

UNSAFE FOR WORK! Satsuki being molested by her mother.

When in private, Satsuki never lets her guard down. She’s always on alert, always ready to act. The exhaustion and look of defeat on her face when she takes off Junketsu, the evil Kamui and harbinger of enslavement to clothing, is haunted and familiar. Satsuki stands under the shower as a practiced ritual to regain her cool; that experience was not surprising to her.

Infamous ending though but moments filled with blood in the end and head in a bag makes it more disturbing.

As the name suggests…

Karen pleads with Araragi to introduce her to Kanbaru, but Araragi makes her play a game with him to earn the right to meet Kanbaru: to endure 5 minutes of him brushing her teeth without giving up.

4. Hellsing Ultimate – Seras Forced to Relive the Rape of Her Mother’s Corpse 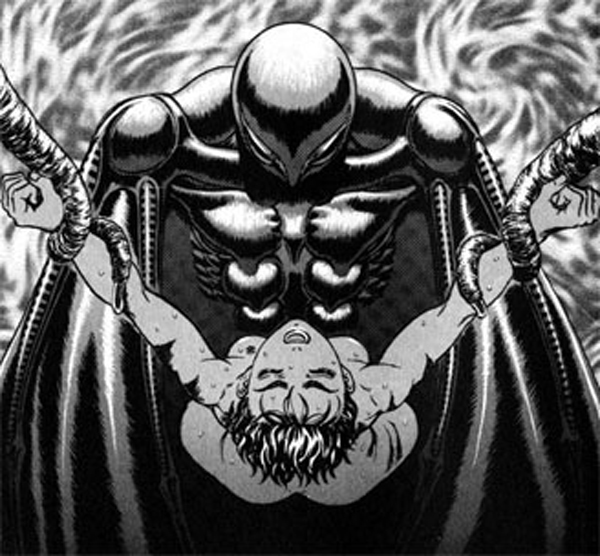 Griffith leads a group of mercenaries and his two main cops Guts and Casca, who are lovers. The Casca which was the girl was raped by Griffith in front of Guts in order to torture him.